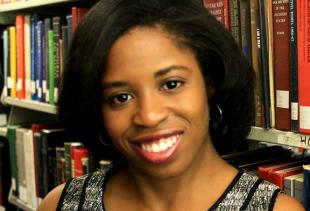 Prior to joining the Ernest J. Gaines Center in 2015, she was awarded an IMLS, Institute of Museum & Library Studies, fellowship through HistoryMarkers, an oral history archive based in Chicago, where she was assigned to work as an Archivist at the Alabama State Department of Archives and History. She actively worked with communities and prominent figures in the state to fill in information gaps related to African American history. 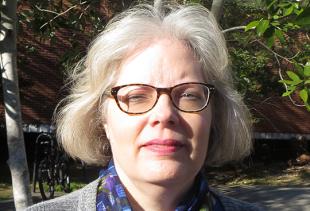 She is co-author of Newbery and Caldecott Awards: a Subject Index (2003) and contributor to Evolution in Reference and Information Services: the Impact of the Internet (2001). Curry is a recent recipient of the Lucy B. Foote Award for subject specialists from the Louisiana Library Association, a reviewer in the humanities for Choice: Reviews of Academic Books and the review column editor for Louisiana Libraries Journal. 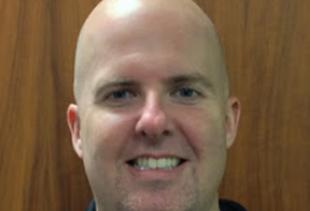 An adjunct professor of English at UL Lafayette and a scholar of American and African American literature, he has two forthcoming articles on Ernest Gaines. As former Interim Director of the Ernest J. Gaines Center, Teutsch led the Ernest J. Gaines Summer Teaching Institute for area high school teachers in 2014. In conjunction with the Louisiana Endowment for the Humanities (LEH), he directed a larger summer teaching institute in June 2015 at the Center. 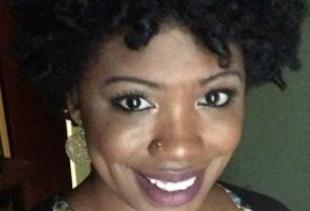 Morrison is currently a third year doctoral student in literary studies at UL Lafayette. While her major area of study is African American literature, she has also done work in Folklore, Modern American Literature, and Modern British Literature. Morrison will assist with arrangements and facilitate the smooth operation of the Institute. 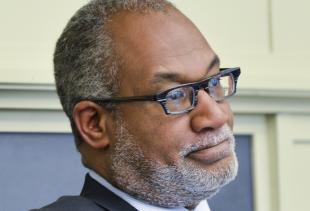 He is Associate Professor and Graduate and Undergraduate Chair, Department of Africana Studies at the University of Pennsylvania. A poet and scholar, he has published and presented on Gaines, Baldwin, Wright, Morrison and Faulkner, including Wrestling Angels into Song: The Fictions of James Alan McPherson and Ernest J. Gaines (1995). Beavers is advisory editor at African American Review, Modern Fiction Studies, and The Black Scholar. 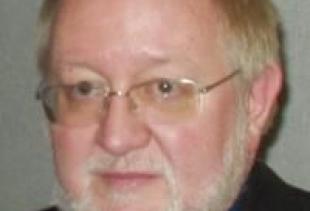 He is Professor of English and Women’s Studies at Indiana State University and associate editor of African American Review. He is the author/editor of eight books, among them biographical studies of contemporary novelists Clarence Major and John Edgar Wideman. Byerman has published and presented on Gaines, Chesnutt, Wright, and Faulkner and others, including a chapter on identity in Gaines in the book Songs of the New South: Writing Contemporary Louisiana (2001). 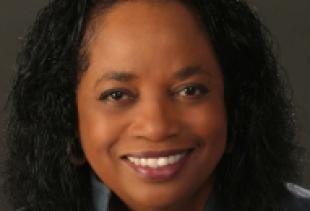 She is Geraldine R. Segal Professor of American Social Thought and Professor of English at the University of Pennsylvania. Davis has published extensively on Gaines, Faulkner, Wright, Walker and the Civil Rights movement. Her work includes articles on Catherine Carmier and a book, Southscapes: Geographies of Race, Region, and Literature (2011), which discusses several Gaines titles. Davis has been a fellow at the Newberry Library in Chicago, the Cullman Center for Scholars and Writers at the New York Public Library, and the Huntington Library in California, where she held the R. Stanton Avery Distinguished Fellowship. During 2014-15, she was the Director’s Fellow at the Notre Dame Institute for Advanced Study. 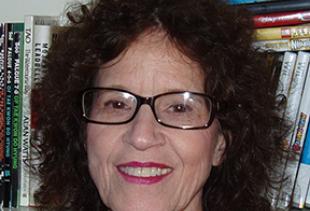 She is Professor Emerita of English at the University of Louisiana at Lafayette. Serving as the first director of the Ernest J. Gaines Center, Gaudet has published include numerous books and articles on Gaines and Cajun culture. Her works include Porch Talk with Ernest Gaines: Conversations on the Writer’s Craft (1990) and This Louisiana Thing That Drives Me: The Legacy of Ernest J. Gaines (2009). Gaudet is also author of Carville: Remembering Leprosy in America (2004) and co-editor of Second Line Rescue: Improvised Responses to Katrina and Rita (2013). 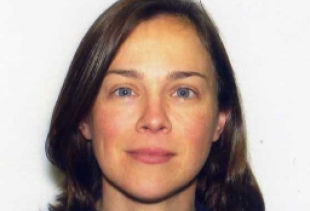 She is a special part-time Assistant Professor of English at Lycoming College in Williamsport, Pennsylvania. Hebert-Leiter has published on the representations of Cajuns in fiction and has conducted interviews with writer Tim Gautreaux. Her book, Becoming Cajun, Becoming American: The Acadian in American Literature from Longfellow to James Lee Burke (2009), presents in-depth discussions of Gaines and Gautreaux. She previously taught at Wilkes University in Wilkes-Barre, Pa. and at Penn College in Williamsport. 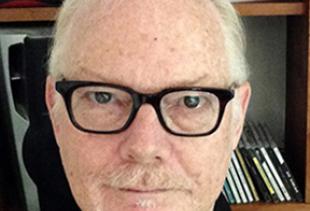 He is Professor of African American Literature at Ohio University. He has done extensive work on modernism during the early twentieth century, including the Harlem Renaissance, the literature of the Great Depression decade, and postwar writing. Holcomb co-edited Hemingway and the Black Renaissance (2012) a collection of essays that explores the relationship between Hemingway and African American literature. He is editor and contributor to Teaching Hemingway and Race, forthcoming in 2016 by Kent State University Press. 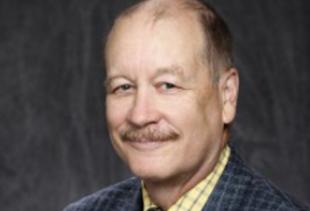 He is the Barbara Methvin Professor of English at the University of Georgia. A recipient of the MELUS Lifetime Achievement Award for Outstanding Contributions to the Field of Ethnic American Literatures, he has written extensively on the works of Ernest Gaines, Southern literature, and African American literature. Lowe was editor and contributor to the collection of interviews, Conversations with Ernest Gaines (1995) and is currently researching an authorized biography of Gaines. He previously taught at Louisiana State University, Harvard University, Saint Mary’s College and other institutions. 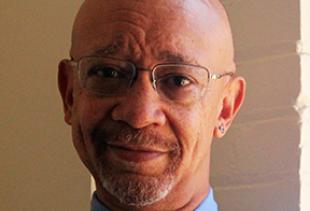 He is Professor of English & African American Studies at the University of California, Los Angeles and is Faculty Research Associate with UCLA’s Ralph J. Bunche Center for African American Studies. Yarborough has published widely on African American literature and serves as Associate General Editor of the Heath Anthology of American Literature (2014). He was a scholarly advisor on the Louisiana Public Broadcasting documentary, Ernest J. Gaines: Louisiana Stories (1992), and authored the introduction to the HarperPerennial edition of Richard Wright’s Uncle Tom’s Children (2008 and older editions).

The institute will be conducted over four weeks (May 30-June 24, 2016) at the Ernest J. Gaines Center on UL Lafayette’s campus. Each week participants will partake in lectures, group discussions, movie screenings, and field trips. Monday through Thursday of each week, morning sessions will involve lectures and group discussions. One afternoon session each week will be dedicated to a film screening of an adaptation of one of Gaines’s works. Two to three afternoons each week will be reserved for participants to conduct archival research using the Ernest J. Gaines papers and the archival materials housed within the Louisiana Room in Edith Garland Dupré Library.

The week will introduce participants to the work and life of Ernest J. Gaines. This will come through a screening of the short documentary, An Obsession of Mine, and through lectures by John Lowe, Gaines’s biographer, and Gary Holcomb, Professor of African American literature. Participants will read Gaines’s first novel, Catherine Carmier (1964) and his most recently published work, A Lesson before Dying (1993), which returns to many of the same themes of as education, manhood, the changing land and community in his debut work. Gaines has stated, at various times, the influence of many authors in his writings. Therefore scholars and participants will read and discuss these selected influences: Ivan Turgenev’s Fathers and Sons (1862), Ernest Hemingway’s In Our Time (1925), a collection of Hemingway’s short stories, and Lyle Saxon’s Children of Strangers (1937), a novel by a Louisiana native that carries strong similarities to Catherine Carmier because of its focus on a Creole community in Louisiana. Film screenings: two short documentaries on Gaines: An Obsession of Mine (2009) and a 1972 film done in California.

The week will serve as a platform for discussions on slavery in the South and its long-term effects, which can be seen, as Gaines mentions, throughout the twentieth century and into our own. Scholars will begin the week by leading participants in discussions on two major works of Gaines: Of Love and Dust (1967) and Bloodline (1968). The following days we will interpret themes and structure in short stories by Arna Bontemps, Charles Chesnutt, and Richard Wright and in the novel Absalom, Absalom! (1972) by William Faulkner. Throughout, we will discuss how these writers relate to Gaines and his work, highlighting thematic issues such as living in a Southern racist society (including the experiences of mixed-race individuals and of inter-racial relationships), protests against racial discrimination, the residual effects of slavery (such as share-cropping) and social conflicts within the Southern context. Film screening: The Sky is Gray.

During the week we will explore gender, religion, and protest in Gaines’ fiction, specifically in the novels The Autobiography of Miss Jane Pittman (1971) and In My Father’s House (1978). This week’s scholars, Thadious Davis and Herman Beavers, will lecture and lead group discussions on the Civil Rights Movement and religion in Gaines’ work. In conjunction with selected works by Gaines, the group will explore the literary legacy of Jean Toomer’s Cane (1923) and James Baldwin’s Go Tell it on the Mountain (1953) and how their representations of religion and the South thematically relate to Gaines. The week will conclude with discussions on James Wilcox’s portrayals of gender and religion in the South in Modern Baptists, published in 1983. Film screening: The Autobiography of Miss Jane Pittman.

During this concluding week, we will feature two prominent scholars who will lead discussions on several themes and styles in Gaines’s works in relation to more contemporary authors. We will speak to the continued relevance and universal nature represented in Gaines and selected authors: under-represented individuals and community in A Gathering of Old Men, the depiction of voice and land in Southern author Tim Gautreaux’s Welding with Children (1999), the history and the mechanization of the land and the after-effects of slavery, so pervasive in Gaines’s works and in Attica Locke’s The Cutting Season (2012). The week will wrap up with the thoughts of Gaines himself in Mozart and Leadbelly (2005), which reveals how the author views himself as a writer especially in relation to American, Southern, and African American literature. Following discussions on Wednesday and Thursday, participants will present their research projects to the rest of the Institute. Film screening: A Gathering of Old Men.

Participants will visit this area, located in Natchitoches Parish, to see the land that Saxon writes about in his early 20th-century work, Children of Strangers. A nationally known area, Cane River consists of Oakland Plantation, Magnolia Plantation, and Melrose Plantation (the plantation where Saxon lived and wrote his work, and also former home of the folk artist, Clementine Hunter). Cane River is dedicated to the historic preservation of the Cane River region and its three -hundred year relationship with the Creole culture.

New Orleans is not just a Mardi Gras parade destination and home to abundant restaurants. This city is steeped in rich literary heritage, from writers just passing through to those who made their permanent home in areas like the French Quarter and the Garden District. Participants will take a field trip to New Orleans to learn about selected writers and the distinctive culture they lived in. Guides will point out places where Southern authors such as Faulkner, Saxon, George Washington Cable, Tennessee Williams, Kate Chopin, Grace King and others spent time living and writing.

Vermilionville is a living history museum and folklife park dedicated to the preservation and interpretation of Acadian, Native American, and Creole cultures, based on the period between 1765 to 1890. The trip will serve as an introduction to some of the types of characters that the participants will encounter in the final week of the Institute. Of interest, Vermilionville will host an exhibit in June called “Black History in the Attakapas Region,” which includes Lafayette and the surrounding areas.

On this trip to Pointe Coupee Parish, participants will see and experience the land that inspired novels like A Lesson Before Dying and The Autobiography of Mrs. Jane Pittman. This region is about one hundred miles northwest of New Orleans along the False River. Dr. Gaines was born and raised in this area on River Lake Plantation, and it is this plantation that inspired his work. He and his wife, Mrs. Diane Gaines, returned to Oscar and bought some of the land that his family once worked. They moved and restored the tin-roofed schoolhouse and chapel building from Gaines’s childhood to their property and and continue to work diligently to maintain the small cemetery where the workers of River Lake Plantation were buried. Tentative plans include visiting the Gaines in their home.