Complete a form to make an appointment for: 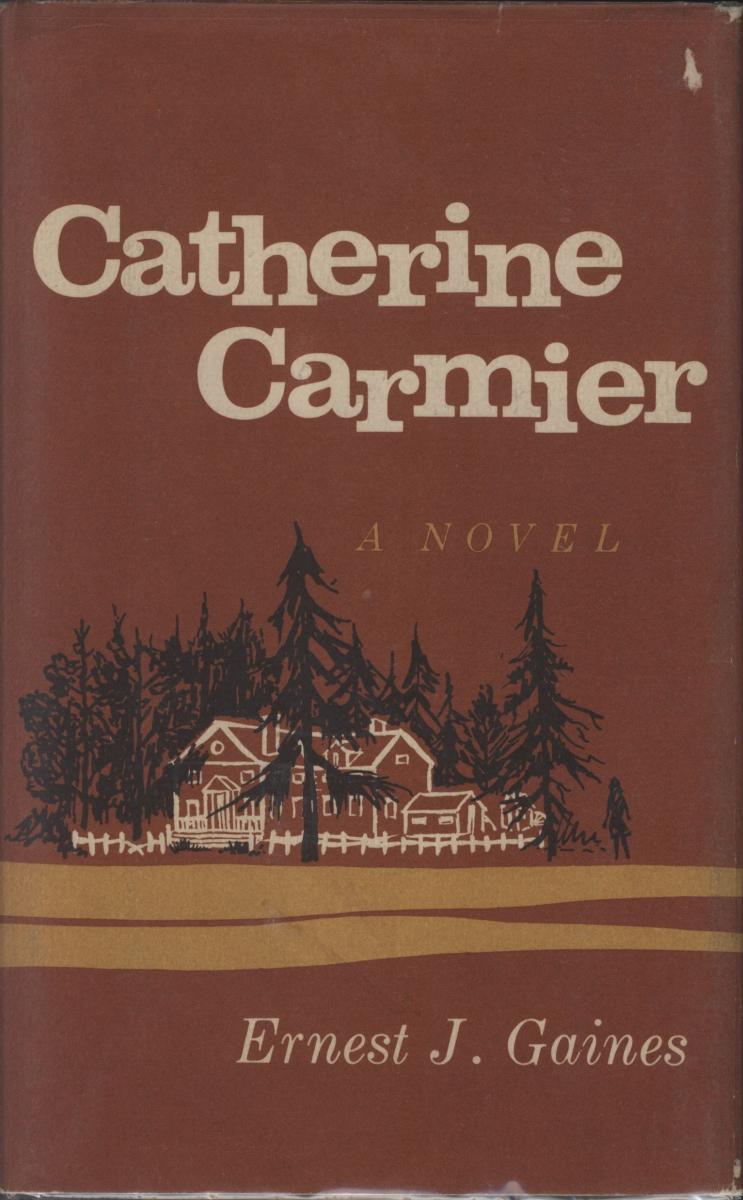 After living in San Francisco for ten years, Jackson returns home to his benefactor, Aunt Charlotte. Surrounded by family and old friends, he discovers that his bonds to them have been irreparably rent by his absence. In the midst of his alienation from those around him, he falls in love with Catherine Carmier, setting the stage for conflicts and confrontations which are complex, tortuous, and universal in their implications. 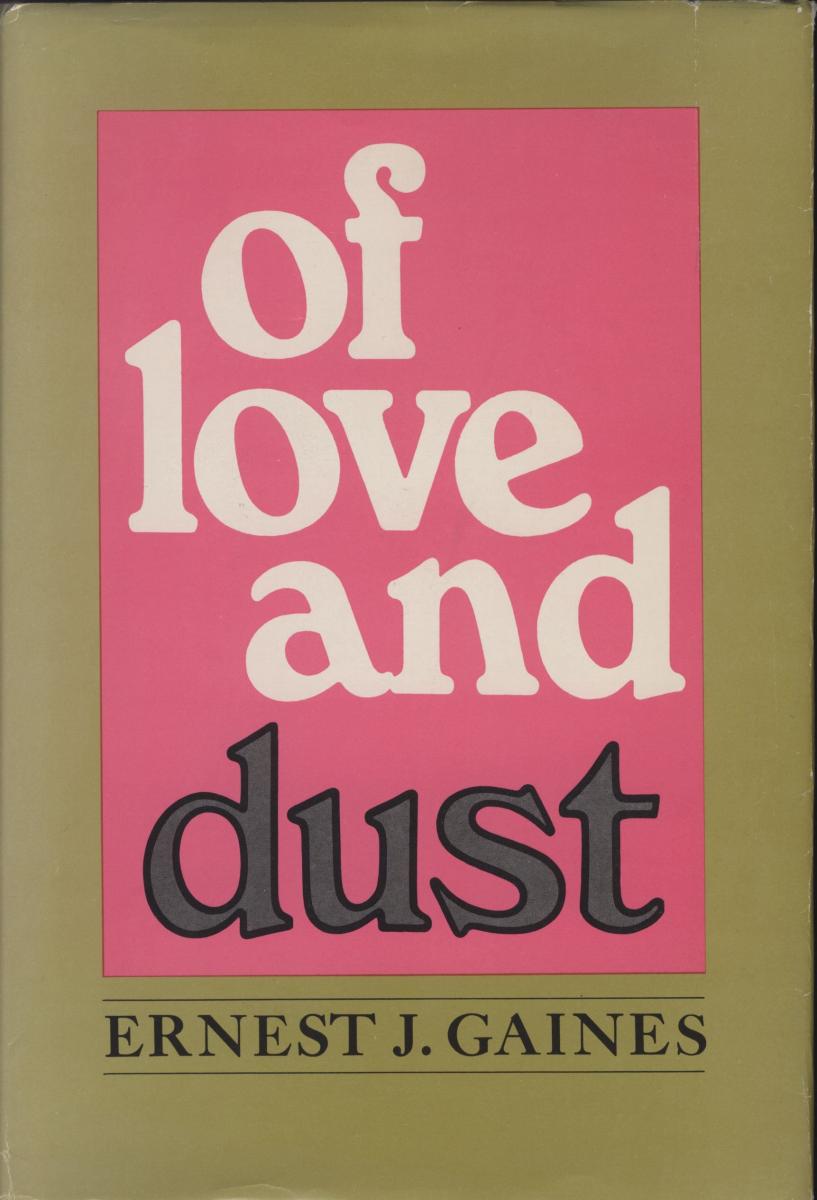 Of Love and Dust

Summary: When young Marcus is bonded out of jail, where he has been awaiting his trial for murder, he is sent to the Hebert plantation to work in the fields. He treats the Cajun overseer, Sidney Bonbon, with supreme contempt, even as Bonbon works him nearly to death. Marcus takes his revenge by first seducing Bonbon's black mistress, Pauline, and then his wife, Louise. Jim Kelly, the tractor driver, watches the contest between the two men, knowing Marcus is doomed and hating him for disturbing the status quo. Grudgingly, however, Jim begins to admire the young man's spirit as the inevitable climactic showdown draws near. 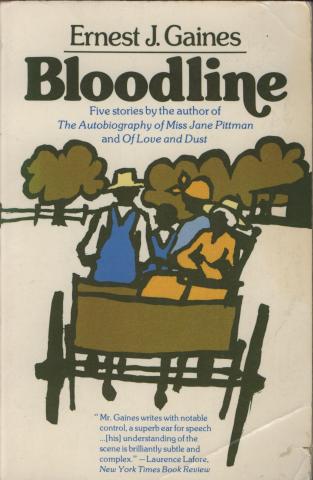 As rendered by Gaines, this country becomes as familiar, and as haunted by cruelty, suffering, and courage, as Ralph Ellison's Harlem or Faulkner's Yoknapatawpha County. Above all, Mr. Gaines portrays African American males as real men in spite of the odds they encounter. Stories include: "A Long Day in November", "The Sky Is Gray", "Three Men", "Bloodline", and "Just Like a Tree". 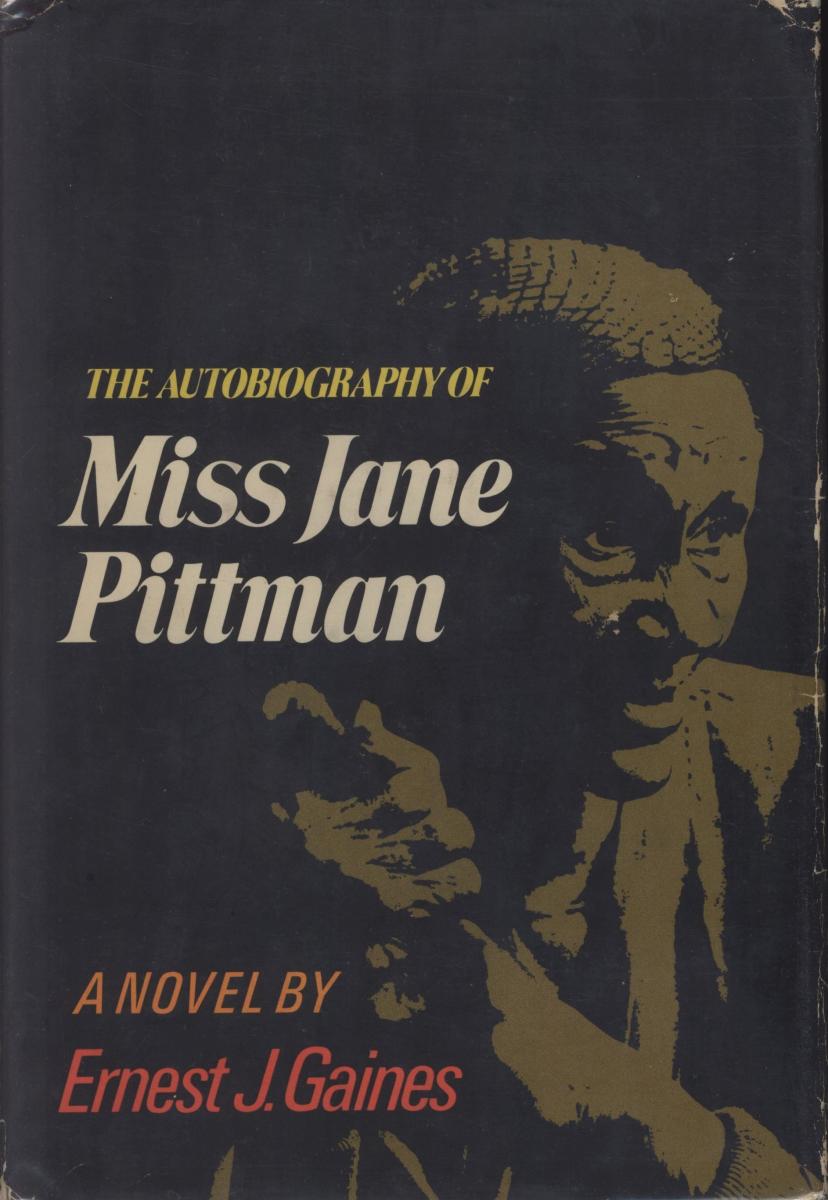 The Autobiography of Miss Jane Pittman

Summary: Written in the guise of a traditional oral history, this now-classic novel by Ernest J. Gaines's shares the fictional autobiography of Miss Jane Pittman. Her remarkable life from her childhood as a slave on a Louisiana plantation, through reconstruction, and into the Civil Rights era of the 1960s spans one hundred years.

It is a narrative of courage, survival, history, bigotry, and hope, told with a voice of remarkable clarity belonging to one woman who lived through it all. A Long Day in November

This unforgettable story leads the reader through an eventful day on a cane plantation and shows him through young Sonny's eyes what it was live living in that rural black Southland of the 1940s. 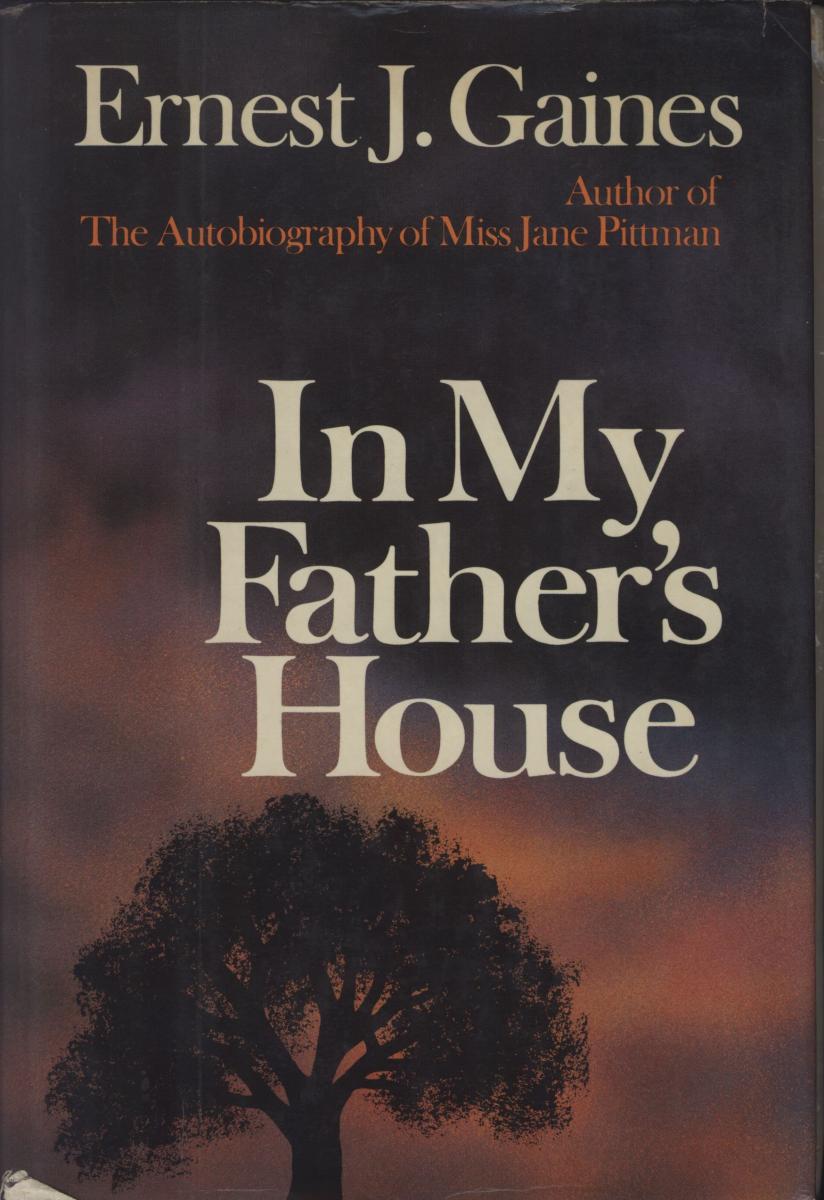 In My Father’s House

Summary: In a small, rural black community in the deep south a man who is both a minister and civil rights leader is brought to reckon with his buried past. Reverend Martin comes face to face with the sins of his youth in the person of Robert X, a young, unkempt stranger who arrives in town for a mysterious "meeting" with the Reverend. In the ensuing encounter between the two -- the mature and confident leader on the brink of his last large battle on behalf of his community, and the desperate young man -- the minister's own buried life and the boy's fatal and secret burdens explode into the open. 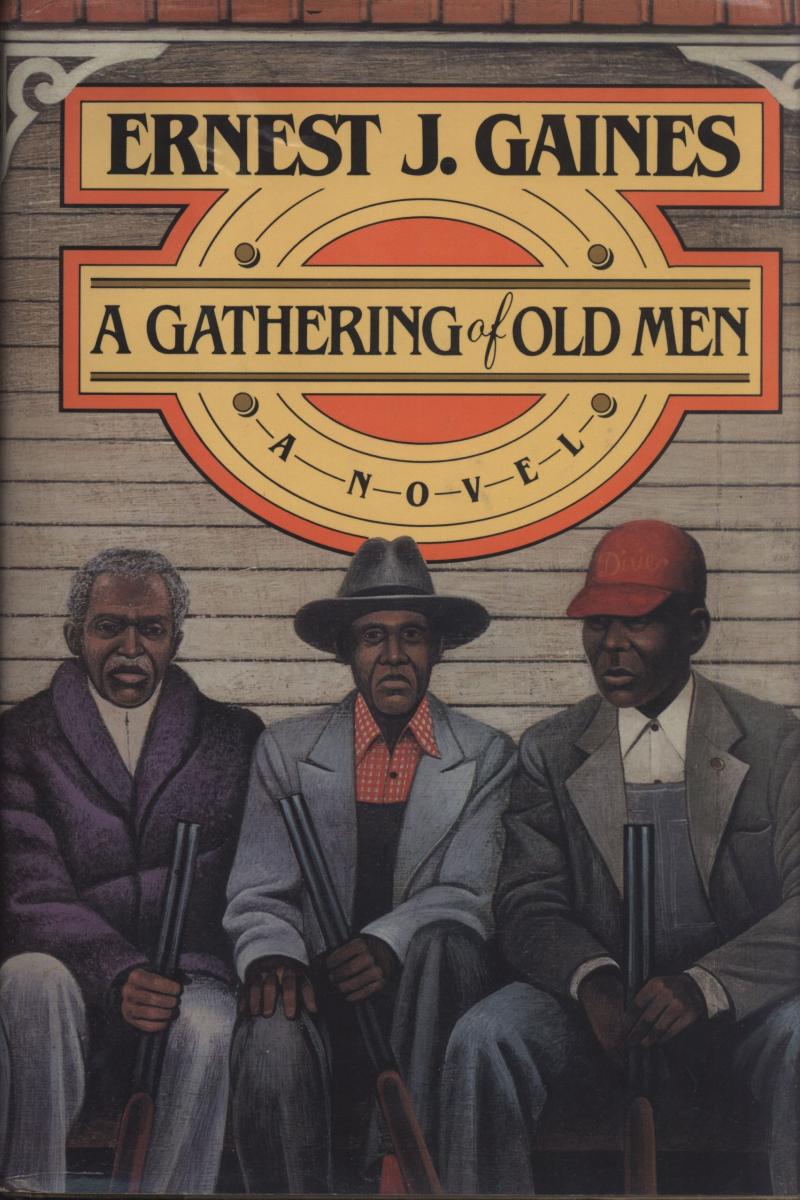 A Gathering of Old Men

Summary: It begins with a murder on a Louisiana sugarcane plantation in the 1970s. Beau Boutan, a hated Cajun farmer, is shot. Immediately, we learn that something even more serious has taken place. Candy Marshall, the headstrong white owner of the plantation, tells everyone she shot Beau, imploring them to believer her, though no one will. Before she calls the sheriff, however, Candy has gathered more than a dozen aging black men with just-fired shotguns and each in turn claiming he shot Beau.

What unfolds is a powerful depiction of racial tensions in the South. 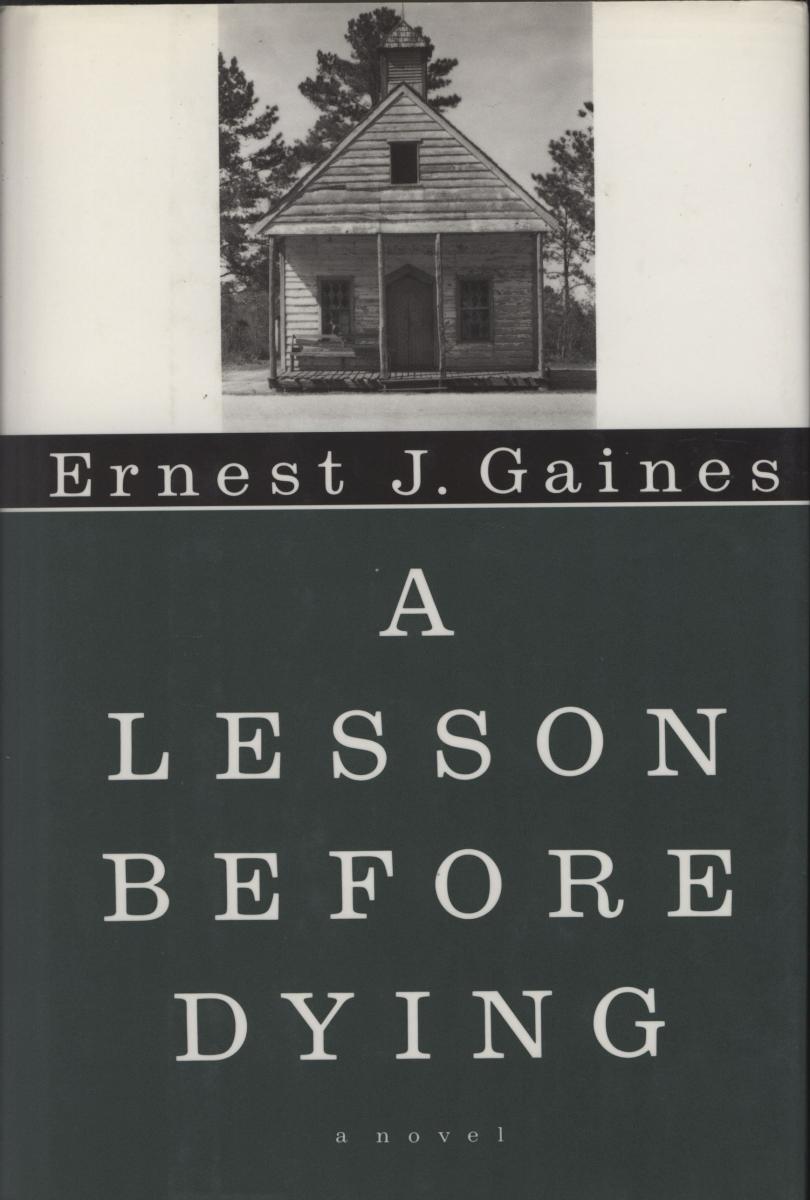 A Lesson Before Dying

Summary: Set in a small Cajun community in the late 1940s, Jefferson, a young black man is an unwitting party to a liquor store shootout in which three men are killed; the only survivor, he is convicted of murder and sentenced to death. Grant Wiggins, who left his hometown to attend university, has returned to the plantation school to teach. As he struggles with his decision whether to stay or escape to another state, his aunt and Jefferson's godmother persuade him to visit Jefferson and impart his learning and pride to Jefferson before his death. In the end, two men forge a bond as they both come to understand the simple heroism of resisting--and defying-- the expected. 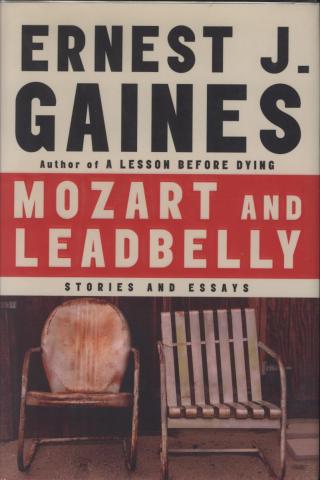 Mozart and Leadbelly: Stories and Essays

Summary: Told in the simple and powerful prose that is a hallmark of his craft, these writings by Ernest J. Gaines faithfully evoke the sorrows and joys of rustic Southern life. From his depiction of his childhood move to California — a move that propelled him to find books that conjured the sights, smells, and locution of his native Louisiana home — to his description of the real-life murder case that gave him the idea for his masterpiece, this wonderful collection is a revelation of both man and writer. Stories include "Christ Walked Down Market Street", "The Turtles", "Boy in the Double-breasted Suit", "Mary Louise", and "My Grandpa and the Haint".